Q3 analysis: China’s economy is under massive stress as Xi seals his third term in power

Gloomy economic data for the third quarter was sure to dampen the mood as Xi Jinping secured his third term as the CCP’s General Secretary at the 20th Party Congress, so officials took a clumsy last minute decision to postpone the bad news until the Congress was over. China’s economy expanded by 3.9 percent in the third quarter, and by a lackluster 3 percent in the first nine months. Growth has faltered all year after the economy expanded by 4.3 percent in Q1. Sentiment remains at rock bottom as China’s economy is suffering from a combination of domestic and external challenges not seen in decades.

Much of the slowdown is self-inflicted: growth was hindered by the government’s inability to shift away from its zero-Covid policy which has caused recurring lockdowns. Stimulus measures are led by more fiscal spending and investments by state-owned enterprise are contributing to stabilize the economy. But the lack of an exit strategy of its Covid policy is causing severe exhaustion for business and consumers alike. The resulting pessimism has depressed retail spending and business investment. But China’s economy is also being held back by multiple politically-driven corrections, for instance, the tech and real estate crackdown, measures to reduce emissions and curb financial risks. Each on its own might have merits but prescribing too much medicine at once is causing unpredictable side effects for the economy and worsening the investment climate for private companies.

The global economy’s deteriorating outlook is adding to the domestic pressures. Russia’s war in Ukraine has produced skyrocketing inflation worldwide and reduced purchasing power in China’s key export markets. Exports have been a lifesaver for China during the pandemic so falling demand adds to risks. Central banks, notably the US Federal Reserve, have responded with rapid interest rate rises. This in turn fuels capital outflow as investors seek safe havens and causes downward pressure on China’s currency as the People’s Bank of China (PBOC) has not raised interest rates.

So far, China’s policy makers have geared their stimulus measures towards the supply side to strengthen high-tech manufacturing, boost innovation and increase infrastructure spending. The current stimulus prioritizes the CCP’s long-term strategic goals - to upgrade the economy and reduce technological dependency on the West. But consumption and private investment will not improve without a major policy shift. Faced with ever greater economic insecurity, households and private companies are holding back on spending.

Xi’s economic policies could become more contested after the 20th Party Congress as the middle class grows increasingly frustrated. However, any significant improvement in sentiment will require a return to a far more pragmatic economic policy. There is little indication of that. Instead, expect further ideologically driven measures and an expansion of state capitalism. This will worsen the efficiency of capital allocation and risks reducing China’s long-term growth prospects. But the CCP leadership seems willing to allow the middle class to suffer economic insecurity for Xi’s grander ambitions.

What to watch: Service sector growth will need to increase for the recovery to be more balanced.

What to watch: More stimulus measures can be expected in Q4 to prop up production output. 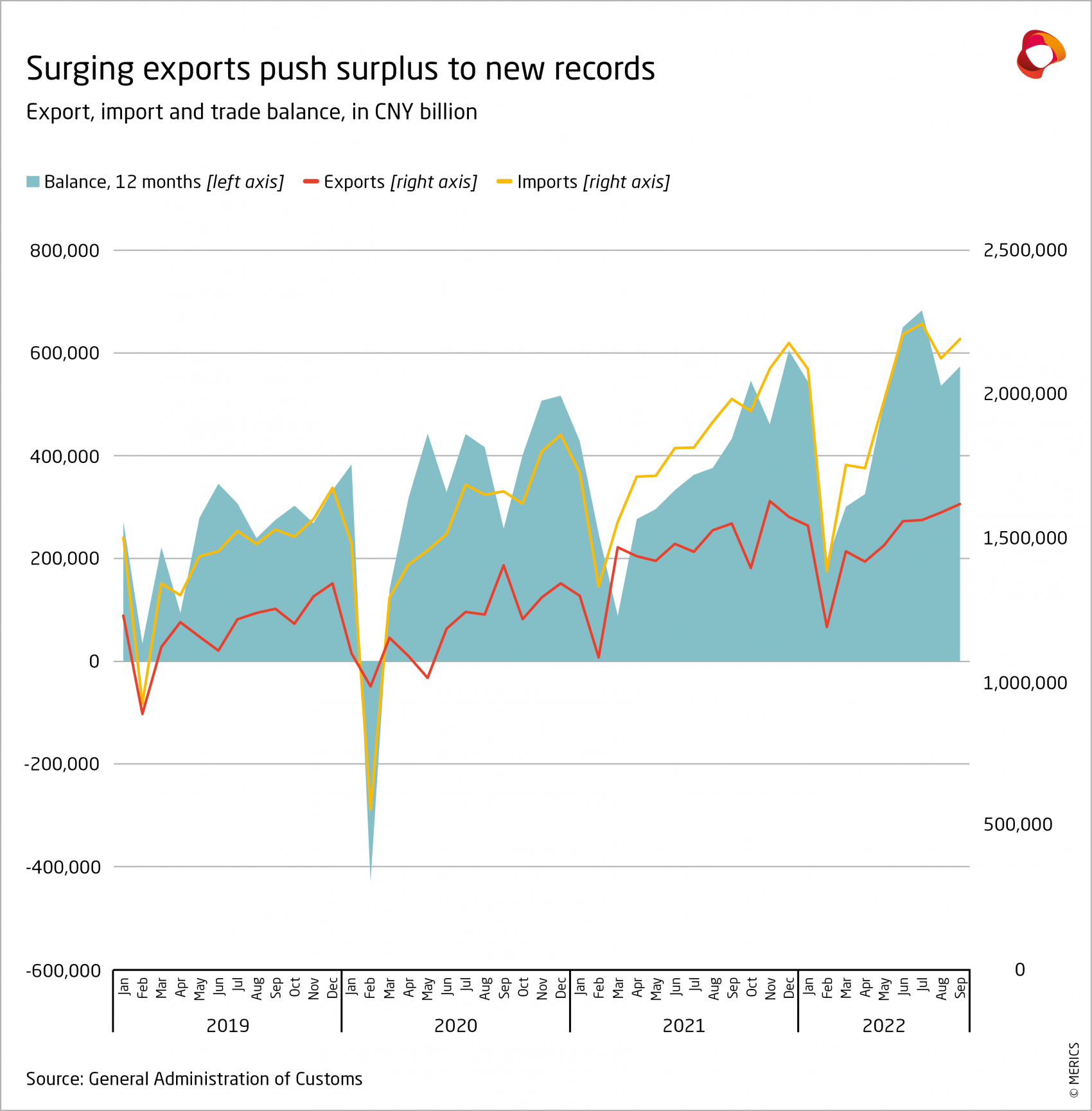 What to watch: China’s car exports could soon become a new area of economic conflict with the EU.

What to watch: The PBOC will be under pressure to shift to a more expansive monetary policy if household and business sentiment does not improve over the next quarter.

What to watch: A recovery in private sector investment will be essential for a more sustainable economic rebound.

What to watch: The government will try to stop real estate prices from dropping much further by encouraging more investment.

What to watch: A key priority for the government will be to reduce youth unemployment.

What to watch: Household sentiment will need to recover before any substantial recovery in retail spending can take place.