Belt and Road reality check: How to assess China’s investment in Eastern Europe

The reality of Beijing’s investment in Central and Eastern European countries falls short of the rhetoric at the 16+1 summits. Numbers on Chinese investment connected to the Belt and Road Initiative tend to be inflated and misleading. Only a fraction of the reported sums is connected to actual infrastructure projects on the ground. And most of the projects that are underway are financed by Chinese loans, exposing debt-ridden governments to additional risks. 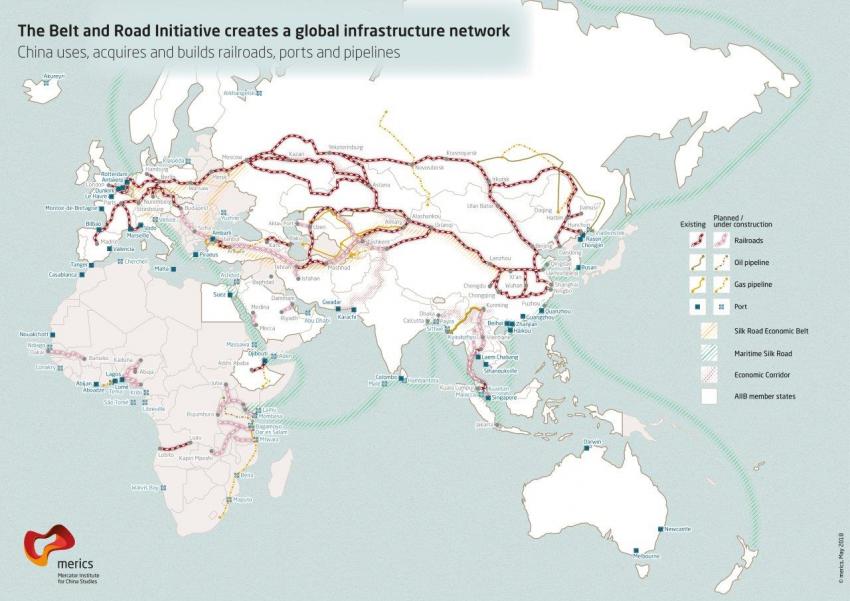 Great fanfare and grandiose promises have been the hallmark of previous 16+1 summits. The seventh annual summit of the sub-regional platform initiated by China with sixteen Central and Eastern European (CEE) countries on July 7 was different. The initial Eastern European euphoria about China’s investment promises has given way to a more sober mood – with some heads-of-government who had been eager to attend in the past keeping a distance from the event.

The new skepticism is justified. As the database behind the MERICS Belt and Road Tracker shows, most of the promised infrastructure funding has not yet materialized. And for many projects that did get off the ground, Chinese money comes in the form of enormous loans that might overwhelm the tiny target economies.

After earlier rumors that the summit might be cancelled this year, Poland only sent a deputy prime minister and Lithuania only its minister of finance. Even on the customary announcement of (often vague) deals, results look rather meager. Tellingly, the China-Serbia Friendship Bridge completed in 2014 was trotted out as an infrastructure deliverable for the third time. While some on the Chinese side worry about the financial sustainability of an ongoing global investment spree, a number of CEE governments appear to take a more sober look at the benefits they might reap.

The 16+1 grouping was first formed in 2012, predating Xi Jinping’s Belt and Road Initiative (BRI) by just over a year, but the two are strongly associated. Beijing sees the 16+1 format as a platform for the promotion of BRI, and infrastructure is a principal focus of 16+1 cooperation. But how much infrastructure is actually being built by the PRC in 16+1 countries, how much money does China spend, and how much of it comes in the form of loans that have to be repaid whether the projects make economic sense or not?

The regularly updated MERICS BRI database can tell a meaningful story about Beijing’s economic involvement in the region. The available data provides clues as to the character of Beijing’s investment, but even the overall sparsity of information sends an important message as it illustrates the gap between 16+1 rhetoric and the reality on the ground.

Depending on the source, BRI is called either a 900 billion USD or an up to 8 trillion USD global initiative. Yet only a fraction of the lower number is backed up by actual projects on the ground. BRI investments in 16+1 countries are similarly plagued by confusion over figures and a tendency towards inflation.

Media reports often arrive at their figures for the sum of “deals announced” by collating planned projects based on vague Memoranda of Understanding (MoUs) and expressions of interest by Chinese companies. Many parties share an interest to push Belt and Road-related figures upwards: local officials in BRI target countries like to impress constituencies, journalists like to capture readers, and Chinese officials are keen to cultivate the hype surrounding BRI.

But there is zero guarantee that all these “deals announced” will materialize. Figures bandied about after 16+1 summits do not therefore reflect the reality of Beijing’s economic impact in the region.

According to the MERICS BRI database, Beijing has since 2013 (co-)financed now completed infrastructure projects in the 16+1 region to the tune of 715 million USD. More than 3 billion USD of Chinese financing is connected to projects currently under construction. For planned projects, the figure is either below 7 billion USD, or above 10 billion, depending upon what you count and whom you believe. If you count any project for which Export-Import Bank, a Chinese policy bank, has suggested a number, then the figure is very high indeed, but experience suggests that many such projects are never realized. Context and explanations are needed to make these numbers mean anything.

The Banja Luka - Mlinište Highway in Bosnia Herzegovina, for example, is strongly associated with 16+1 investment. Sinohydro signed a preliminary agreement on implementing the project in 2014, for 1.4 billion USD, and this figure was then widely reported in English-language media. Four years later, though, final approval for an Export-Import Bank loan financing the highway section was still pending. This highway is actually one of the projects emerging in the region that we have fairly good information on, but the preliminary nature of the agreement is not reflected in media reports on the project.

Also in 2014, China Huadian signed an agreement on the construction of a 500MW power station in Romania, reportedly for 1 billion USD. Talks faltered, appeared to resume in 2017, and there has been no progress reported since. It is unclear whether and when this project will materialize, but it is the sort of “deal” counted by those totting up the value of Chinese investment in 16+1 countries. An even larger figure – 1.3 billion – was reported in connection with Kolubara B, though it was later claimed that a cooperation agreement with Italian company Edison had already been signed, three years prior to the expression of interest by Sinomach.

Another important point is that Chinese “investment” in the region – and this very clearly emerges from the MERICS database – often refers to concessional loans from Chinese policy banks. This is financing that needs to be paid back, with interest, whether the project delivers commensurate economic benefits or not. It does not make sense to measure these loans against EU funds, which often come in the form of grants, nor to compare them with private investment based on profit calculations.

As with Belt and Road projects elsewhere in the world, loans made by Beijing to CEE countries create potential for financial instability. Smaller countries, which might lack the institutional capacity to assess agreements (such as risks associated with currency fluctuation), are particularly vulnerable.

The Bar-Boljare motorway in Montenegro illustrates this point. It is being built by the China Road and Bridge Corporation (CRBC) with an 809 million EUR loan from Exim Bank. The IMF claims that, without construction of the highway, Montenegro’s debt would have declined to 59% of GDP, rather than rising to 78% of GDP in 2019. It warns that continued construction of the highway “would again endanger debt sustainability.”

The motorway is typical of many BRI projects in that it is being built by a Chinese state-owned company, using mostly Chinese workers and materials, and with a loan that the Montenegrin government must pay back, but which a Chinese policy bank will earn interest on. On top of this, Chinese contractors working on the highway are exempt from paying VAT or customs duties on imported materials.

Clearly the reality of Beijing’s investment in CEE countries falls short of 16+1 rhetoric. Particularly small Western Balkans economies would do well to not overestimate the volume of the infrastructure investment they might expect. And they would be well advised to not underestimate the (different kind of) strings attached. 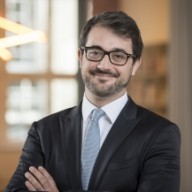 Chinese FDI in Europe in 2021, with Gregor Sebastian