While Beijing is investing in Central Asia, the European Union views the region as little more than a way station on the road to China. Oyuna Baldakova says the EU has to think again.

The Economist recently named Uzbekistan its “Country of the Year” for 2019 in honor of President Shavkat Mirziyoyev’s push to liberalize the country’s economy and enhance regional cooperation. Hopefully plaudits like this will help the European Union finally take note of Uzbekistan and other Central Asian countries as more than just a transit route for China-Europe freight trains. The region boasts citizens that are comparatively young – their median age is twenty-seven years – and educated, raw materials that are abundant, and a heritage that is rich. Europeans still unconvinced should enquire in Beijing.

Beyond investing in various infrastructure projects as part of its Belt and Road Initiative, China is promoting trade with and industry in Central Asia. According to a study by the Norwegian Institute of International Affairs, trade promotion and industrial development are the sectors where there is most BRI-related activity in Central Asia. In Kazakhstan, for example, there are some 55 joint Kazakh-Chinese projects totaling USD 27.6 billion in investment in the metals, oil, gas, chemical, engineering and electric power, to name but a few. Such projects are helping China to shift its industrial capacities abroad as Chinese labor costs keep increasing and to develop new value chains across Central Asia.

The EU’s approach to Central Asia has long been diffuse

The European Union’s approach to Central Asia has by contrast long been diffuse. Even Peter Burian, the European Commission’s Special Representative for Central Asia, jokes: “China is coming with an offer nobody can refuse, while the EU is coming with an offer nobody can understand.” The EU adopted its first Strategy for Central Asia in 2007 as European states sought to engage with Central Asia’s neighbor Afghanistan, support reforms in former Soviet republics, and stake its energy-security interests in the resource-rich region. But the approach was criticized for being ineffectual. It spread already limited sources too thinly across a broad range of priorities. It lacked a concrete action plan and benchmarks.

Despite such disappointments, the Central Asian nations still want the EU to engage – in part to balance Chinese influence, but also because of Europe’s economic power, high standards in research and education, and other soft-power attractions. Luckily for them, last May the European Commission adopted its second Central Asian strategy, “The EU and Central Asia: New Opportunities for a Stronger Partnership”. It gives the EU a more solid platform for deeper regional involvement, and a chance to flesh out its Strategy on Connecting Europe and Asia, a response to China’s BRI designed to connect Europe with Asia on the EU’s terms.

Europe needs to breathe life in these goals with concrete steps. The EU’s budget for 2021 to 2027, to be finalized this year, is expected to include around EUR 90 billion for its new "Neighborhood, Development and International Cooperation Instrument." This will unify disparate external action programs, giving the EU the resources to engage more with Central Asia. The EU should look to China when it comes to investing in big infrastructure projects. In the Soviet era the Central Asian republics were connected mainly to Moscow, had limited ties with each other, and were sealed off from countries beyond the Iron Curtain. The EU needs to recognize that this connectivity gap still exists today.

The EU should also look to China when it comes to investing in the manufacturing and other value-adding sectors. Central Asian countries are very keen on such projects as they offer the chance to move on from the economic dependence on resource extraction and low value-added commodity exports – what the countries were left with after the demise of Soviet-era supply chains. By using public funds to attract additional private financing, the EU could mobilize blended finance projects to invest in productive industries to create more value added for Central Asian economies – and even include them in European value chains.

From 2010 to 2016, the EU’s Investment Facility for Central Asia approved only 25 projects with total contributions of EUR 143 million. Not only should Europe do more in terms of funding. It should remember its unique selling point: unrivalled soft power in the areas like governance, legal standards and norms, education, research and training. Institutional capacity in Central Asia is by far the biggest obstacle to implementing reforms and worthwhile projects. The EU could direct its funds to develop governmental capacity, better on-the-ground research and provision of data to ensure more effective planning.

European Commission President Ursula von der Leyen has talked about her still relatively new Commission becoming a “geopolitical” one – one way would be to better engage with Central Asia in parallel to Beijing. China’s soft-power appeal is not as strong as Europe’s. Von der Leyen needs to ensure that Central Asia won’t continue to be a simple overpass between Western Europe and China. It needs to invest in human capital and job creation in the region. It could encourage Europeans to import melons from Uzbekistan, invest in the Silicon Valley of Kyrgyzstan, and build textile factories in Tajikistan to process local organic cotton. It is time for the EU to stop being vague and – like China – to get real about Central Asia. 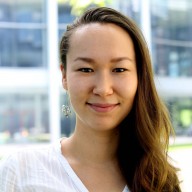