Amidst the scramble to respond to Covid-19, Chinese authorities and state media have promoted traditional Chinese medicine (TCM) – alongside drone patrols and sweeping lockdowns, herbal medicines like Shuanghuanglian have been touted as virus remedies. This state-backed push is not new – it chimes with a campaign to promote TCM at home and abroad that has gathered pace in recent years, most notably in Africa. Given many African countries’ urgent healthcare needs and the lack of robust evidence that TCM treatments, including herbal medicine and acupuncture, can meet them, Beijing’s campaign is troubling.

In 2018 Beijing hosted a China-Africa Forum on Traditional Medicine and that year’s Forum on China-Africa Cooperation (FOCAC) meeting pledged to promote TCM in Africa. China has since opened a Confucius Institute for Chinese Medicine in South Africa, a Luban Workshop to teach TCM in Mali, and is developing similar institutes elsewhere. China’s long-running Chinese Medical Team (CMT) program in Africa includes TCM practitioners, offering free treatment and training. In recent years, state media have trumpeted TCM’s rising popularity on the continent and the growing numbers of African students studying TCM in China.

Africa is a major target of a global campaign that has gathered pace since 2016, when Beijing’s TCM White Paper and TCM law set out to better promote the discipline worldwide. The campaign received a major boost in 2019 when the World Health Organization (WHO), currently struggling with questions about its relationship with Beijing, included TCM in its global diagnostic compendium, the International Classification of Diseases. TCM has become yet another facet of China’s many-headed Belt and Road Initiative (BRI), which now includes a Belt and Road TCM Development Plan to build dozens of TCM centers around the world.

Xi Jinping has personally backed a campaign that is intended to enhance Chinese prestige – he is  reportedly a TCM user himself and has dubbed it ‘a treasure of Chinese civilization’. The drive is typical of Beijing’s growing preoccupation with “discourse power”, a major symptom of which is the promotion of “Chinese solutions” to the world’s problems. And as with many Chinese solutions, TCM is increasingly placed in opposition to allegedly flawed Western alternatives. “Chinese medicine helps you get rid of the disease from its root,” says one Chinese adherent. “Western medicine helps deal with the symptoms, not the causes.”

But Beijing is taking a different approach to TCM promotion in Africa than in other regions. China is emphasizing joint development of TCM alongside African traditional herbal medicine, at least rhetorically. This is consistent with Beijing’s win-win messaging and rhetoric of developing-world mutual respect and equality, and may pay diplomatic dividends as some African governments institutionalize and promote traditional herbal medicine – the Ethiopian government recently claimed to have identified a traditional treatment for Coronavirus. But it is unclear if any of the much-touted joint development has begun.

A billion paying patients for TCM

TCM promotion in Africa also has a commercial dimension. TCM exports to Africa doubled in value in recent years to over USD 80 million annually and China’s State Administration for TCM estimates worldwide trade to be worth USD 50 billion. The proliferation of privately founded TCM clinics across Africa shows there is clearly demand across a continent in which access to healthcare remains a major challenge. As a result, the WHO reckons that “up to 80 percent of the population [in Africa] uses traditional medicine for primary healthcare”, suggesting a billion potential TCM users. TCM hits a mid-market segment in Africa: more expensive but better regarded than local traditional herbalists, cheaper than modern allopathic services.

The promotion of TCM in a region with scant modern medical resources has an echo of the “invention” and promotion of institutionalized TCM under Mao. He promoted TCM as a pragmatic response to New China’s yawning healthcare shortfall – even though he dismissed the discipline’s practitioners as “circus entertainers, snake-oil salesmen or street hawkers.” But given Africans’ urgent medical needs and the absence of reliable evidence that TCM produces outcomes that can meet them, Xi’s overseas reprise of Mao  is troubling.

The Covid-19 crisis has lent a new momentum to Beijing’s push to expand a global healthcare cooperation that it very much wants to include TCM. Through its Medical Teams, hospital construction, and participation in Ebola response, China has already raised its contribution to healthcare in Africa. However, as it drives forward construction of its “Health Silk Road”, it should concentrate on measurably effective public health efforts and policies in Africa – and around the world. Vaccination programs may be less visible, but they are better than seeking prestige through TCM and its more uncertain clinical benefits. 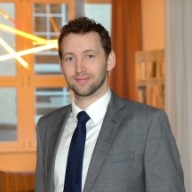 Special issue: A peak into China in 2023