In Xi’s China, the party morphs into the state

The CCP has always ruled supreme in China, but reform era leaders have pushed for a separation between party and state organs. This is changing under Xi Jinping. The planned constitutional amendments at this year’s National People’s Congress and a recent Central Committee decision suggest a reversal of this process – and a takeover of state functions and offices by the CCP.

The People’s Republic of China has often been described as party dictatorship. But the reality on the ground, at least since the beginning of the reform era in the late 1970s, has been much more complex – with many different actors and many grey areas. This year’s National People’s Congress may enter the history books as the moment when modern China truly turned into a party-state.

The Communist Party has ruled supreme ever since Mao Zedong founded the People’s Republic of China in 1949. Over the decades, this has not changed. The CCP loosened its control over the economy and society during the reform era and gave more autonomy to state organs and local bureaucracies. But pluralism was never an option, and the party always had the ultimate power to overrule the organs of the state.

So why is this time any different? The answer is that up to now, China’s state organs are separate entities with clearly defined functions. Under the leadership of Xi Jinping, the party is slowly morphing into the state. Cynics might say the Xi leadership is just following the Confucian moral principle of “rectifying the names” of China’s laws and institutions, making them correspond to reality. Instead of hiding behind the façade of a pseudo-democratic state structure, it is calling a spade a spade.

But this would underestimate the development of China’s state organs over the past decades. Though never truly autonomous, they were more than fig leaves, and they enjoyed considerable leeway in the implementation of central policy decisions.

Leadership of the party will become constitutional provision

This will change with the planned constitutional amendments at this year’s NPC session. They are part of a movement to weaken, if not abolish, the separation between the party and the state. On March 11, the NPC will vote to include the “leadership of the Communist Party of China” into Article 1 of the main body of the constitution, elevating it from a mere guiding principle in the preamble to a binding constitutional provision.

Most debates have focused on the planned abolition of the two-term limit for the presidency Xi’s political power ambitions and his seeming break with Deng Xiaoping’s principle of collective leadership. But the office of the presidency yields less power than that of the CCP General Secretary or that of the Central Military Commission, for which there have never been official term limits.

Lifting the presidential term limits is significant as part of the much larger project to merge the functions of party and state. There has been speculation in Hong Kong media that the NPC will reduce the number of ministerial level organs from 25 to 19. At its third plenum earlier this week, the CCP Central Committee debated “deepening the reform of the party and state institutions.” The structural changes this would entail have not been made public, but all signs point towards a merger of structures and positions of party and state organs at many levels of government. In light of these developments, it appears logical that the position of the President of the PRC and the position of the General Secretary of the CCP must also be held by the same person.

The planned establishment of a National Supervision Commission – based on the new National Supervision Law, which is scheduled to be passed during the NPC session – is probably the most drastic step towards morphing party and state functions. This new body, meant to institutionalize Xi’s fight against corruption, will merge the leadership and functions of the CCP’s internal Central Disciplinary Commission with those of supervisory bodies at the state level.

The merger, which is already underway at the provincial level, will have far-ranging consequences for a lot of people. It means that the CCP’s anti-corruption campaign can be expanded to prosecute not just party members but all state officials – from managers of state owned companies to university professors. All suspects under investigation will be subject to these new commissions’ legal proceedings, without access to civil lawyers and civil courts.

This is a major step back from what decades of institutional reforms in China have achieved. The PRC is still far removed from a state witch checks and balances and an independent judiciary, but legal clarity has improved over the past years. This is being swept up in the current political streamlining process, in which the party devours the law and the state – and in which accountability is pushed out of the system. 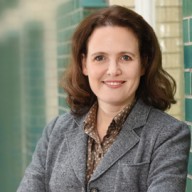 MERICS Event Podcast: The return of uncertainty in China

Is China facing a period of uncertainty?