Sun and wind - a trans-Atlantic outlook

The EU and US should jointly forge a sustainable alternative to China’s energy diplomacy, says Matt Ferchen. Developing nations are keen for input that goes beyond criticizing Beijing.

As the US presidential election enters the final stretch, there is a growing sense in Europe that a Biden presidency would offer greater potential for a shared trans-Atlantic agenda on China policy than four more years of Donald Trump. One area that has been a nonstarter under Trump but could offer new opportunities with Joe Biden in the White House is climate policy. China’s recent declaration that it will target carbon neutrality by 2060 has piqued the interest of European policymakers and even stirred some hopes of a US-EU-China grand bargain on climate. But a more realistic trans-Atlantic agenda – and one that is shovel-ready – would focus a joint US and European push for sustainable energy and infrastructure in Asia and beyond.

A trans-Atlantic version of energy connectivity

China’s efforts to finance and build energy, transport and digital infrastructure beyond its borders, often part of its Belt and Road Initiative (BRI), have long been under scrutiny given concerns about debt and environmental sustainability. Although China has also been supporting overseas wind, solar and hydro projects in addition to building polluting coal-fired power plants, there are still grave concerns its Asian and African developing-country partners cannot manage growing project and sovereign debt obligations. The economic and health crises triggered by Covid-19 make these issues more pressing still and create an opportunity to offer a trans-Atlantic alternative – more financially and environmentally sustainable energy generation, transmission and consumption.

A positive-sum trans-Atlantic version of energy connectivity in competition with China’s increasingly pro-active energy and climate diplomacy could form the backbone of a post-pandemic “green” recovery. For sure, China’s energy push abroad is going hand in hand with efforts to stress its commitment to “green” energy policies. Its recent pledge to become carbon neutral by 2060 is part of a propaganda push to portray itself as a leader of environmentally sustainable development. And Beijing has sought to drive a wedge between a Europe committed to climate goals and a US that has backed away from them. Yet China’s commitment to “ecological civilization”, a “green BRI” or carbon neutrality all belie the deep challenge it faces to move away from coal and other carbon-intense industrial output both inside and outside China.

The possibility of Europe and the US finding common ground on a shared, more sustainable energy agenda in Asia and the wider developing world is more plausible than it may first appear. Even though the Trump administration has withdrawn from global climate cooperation and promoted domestic coal, it has also touted the US as an “energy superpower” – one that can produce and export vast quantities of natural gas. US diplomats have also quietly continued Obama-era diplomacy to promote clean energy cooperation and technologies, especially in developing countries. Europe has been far more consistent and vocal about its commitments to cleaner energy and its firms have become some of the largest global investors in wind and solar energy.

The US push for more muscular energy diplomacy based on production and export of even “clean” fossil fuels like natural gas might be anathema to many European capitals. But America’s self-confidence in the energy arena combined with Europe’s clean energy commitments create a solid basis for a set of common policies to compete with China’s energy-policy activism in Southeast Asia and beyond. Even a second Trump administration could offer room for such cooperation. But clearly a Biden administration – based on a Democratic Party platform that has committed to employment-creating clean energy technologies and broader climate cooperation – would offer much greater scope for trans-Atlantic cooperation in sustainable energy diplomacy.

Another compelling reason for more trans-Atlantic cooperation in energy diplomacy agenda is a shared interest in – and the urgent need for – a self-confident economic dimension to “connectivity” competition with China, especially in the Indo-Pacific. China’s own BRI-themed infrastructure and energy push has led to repeated American and some European claims that China is engaged in “debt trap diplomacy” and a malign actor of which developing countries should remain wary. China has reacted with accusations that such criticism is part of an American and broader Western effort to contain it. At the same time, developing countries that engage with China on energy and other infrastructure projects are increasingly asking what the US and Europe can provide as an alternative to China’s offerings beyond Western warnings about them.

The USA’s tentative answer so far has been to promote higher quality infrastructure standards through its nascent Blue Dot Network and BUILD strategies, while Europe’s ambition to promote a more sustainable Europe-Asia “connectivity” strategy are still largely on the drawing board. A shared trans-Atlantic agenda for environmentally, financially and socially sustainable energy infrastructure, regulation and consumption offers a promising way forward for both – especially as some European governments are now talking about an “Indo-Pacific” strategy that looks beyond China for cooperation and engagement in Asia. Such cooperation would also open the way for more coordinated cooperation with Japan and other Asian partners that are already key actors and promoters of competitive, high-quality energy and other infrastructure.

A trans-Atlantic agenda like this has the added attraction that it need not be zero sum. For all the risks accompanying deeper investment and financial ties with China, the majority of its developing-country partners, including those in the Indo-Pacific, are loath to see an either/or choice between China and the West foisted on them. Given the huge question marks looming over the direction of American politics and foreign policy, forging a common trans-Atlantic energy agenda will need to go beyond government-to-government cooperation to include business and civil society.  A grand bargain between the US, the EU and China on climate change remains unlikely. But a clear trans-Atlantic agenda for sustainable energy cooperation in Asia and other developing countries regions like Africa would push China to live up to its pledge to “low carbon development”. 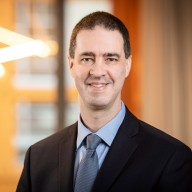 China and Russia bring NATO and the Indo-Pacific together