On November 4, German Chancellor Olaf Scholz travels to China accompanied by a business delegation. He is the first head of government from a Western country to personally visit state and party leader Xi Jinping after the 20th Party Congress. The trip has been controversial in Germany and Europe, partly because of Xi's authoritarian style of governance at home, his alliance with Russia and increasingly uncompromising line on foreign and security policy.

The timing of Scholz's China trip is sensitive. Xi has just had himself confirmed to the office of general secretary for a historic third time at the Chinese Communist Party’s 20th National Congress, further consolidating his position of power. In such a situation, a visit by the German chancellor will be staged by China as an endorsement of Xi's government – which is why the trip is controversial within the German coalition and among some European partner countries. Scholz is apparently willing to pay this price to advance his own interests and those of German companies that are heavily invested in China.

It makes sense for Scholz and Xi to get to know each other better in person. A direct line to Beijing may also be helpful in light of the looming escalation of Russia's war of aggression in Ukraine. Most recently, former Chinese senior military officials have signaled that if tactical nuclear weapons were used it would be a red line for China. However, too much optimism about Beijing's interests and influence vis-à-vis Moscow is not warranted. In particular, Germany's ability to single-handedly influence such calculations should not be overestimated.

It would be a missed opportunity not to seize this moment to make clear in one's own government, to Europe, and to China where Germany's China policy is headed. Instead, it looks like more uncertainty and disunity, which creates high risk for the course of Germany’s China policy: Beijing will seek to harness the chancellor for its own purposes, and mutual trust in the coalition has been damaged on this issue. In Europe or among like-minded partners, there is great uncertainty and doubt about what a German course of "business as usual" looks like.

It would be helpful to frame the visit more clearly, with a realistic clarification of its goals and conditions. After that, informing the coalition and European partners would be a necessary step. Regarding China, the chancellor must take clear positions on what the implications of China's support for Russia, aggression toward Taiwan, and Beijing's indifference towards key EU interests will have on future Sino-German relations. Internally, the chancellor's office would also have to take the ongoing China strategy process seriously and see it as an opportunity – after all, it is a commitment in the coalition agreement.

Scholz is coming to a China that systemically challenges our democracies. Xi's holistic approach to "national security" is being pushed through at all political and social levels, and the goal of "reunification" with Taiwan is now also in the party constitution. Xi is sitting more firmly in the saddle than ever. The most important political decisions point to a hard, ideological course: only slight recalibrations are to be expected in the controversial "dynamic" zero-Covid policy – as announcements regarding relief for foreign companies and air traffic suggest.

Economically, China's leadership has difficult problems to solve, but Xi is setting new priorities: he has called on the population to prepare for turbulent times and sacrifice for the greater good. Xi wants to arm China against crises both internally and externally. He is willing to accept lower growth for stability, ideological and political control.

German and European companies are important for China to realize its ambitions in developing high technology. Foreign companies with useful expertise could therefore continue to receive preferential treatment to integrate them into China's innovation system. China's leadership is likely to use Scholz's visit to initiate cooperation in this area.

The party congress also showed that foreign companies face political and "decoupling" risks that must be taken into account. In the long term, China is striving for economic independence. Depending on the sector, foreign companies must be prepared for Beijing's intention to squeeze them out of the domestic market. In the long term, political influence will also be exerted on the private sector.

Scholz's visit follows  the tradition of Germany's China policy, which for decades focused on economic cooperation. There are currently signs of a change in course, partly as a result of the development of a China strategy. Diplomatically, the German government is already prioritizing relations with other countries such as India and Japan; companies are reassessing the risks of doing business in China and stepping up their activities in other countries. In the future, a hard and sober realism will be needed in Germany’s approach to China to sound out where common ground and opportunities for cooperation still exist. 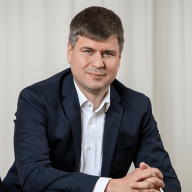 The experts of the Mercator Institute for China Studies are available to comment on current news, as panelists or as op-ed authors.