China’s tech, education and real estate sectors all took a beating from regulators in late July and early August. They joined a wide range of companies and sectors that have found themselves on the wrong side of China’s regulators in recent months. The result has been over one trillion USD worth of market value eradicated. The takeaway: China’s leaders appear increasingly comfortable with accepting considerable economic damage to achieve non-economic goals.

Data governance: With growing consumer concerns about data privacy and private companies gathering more data on citizens than the government, data governance has become a top priority for China’s leadership. The current cybersecurity investigation of Didi, the ride hailing giant, sends a message to get in line and boost compliance.

For-profit tutoring: Chinese parents are still reluctant to have more than one child, with many naming the high costs of education as a factor. Xi Jinping spoke in 2018 about the need to rein in private tutoring. At the end of July 2021, that industry was essentially smothered out of existence overnight.

Real estate speculation: Skyrocketing housing and rental costs are weighing on the middle-class, especially younger people. In July 2021, new measures were brought out to raise mortgage interest rates for second homes and crack down on developers.

Foreign listings: New rules on listing abroad require a national security review for any company that collects data from more than one million users. That effectively amounts to every company that would seek an IPO in the first place.

MERICS analysis: The CCP is clearly trying to shift away from economic growth as the chief source of its legitimacy and instead focus on addressing causes for societal discontent. It also wants to consolidate its control over actors in the private sector, ensuring they serve the party’s political agenda rather than their own economic interests. In the run-up to the 2022 Party Congress, it may be seen as politically useful to pursue these popular moves – stockholders and the wealthy be damned – especially if Xi Jinping and his cohort want to keep their positions. 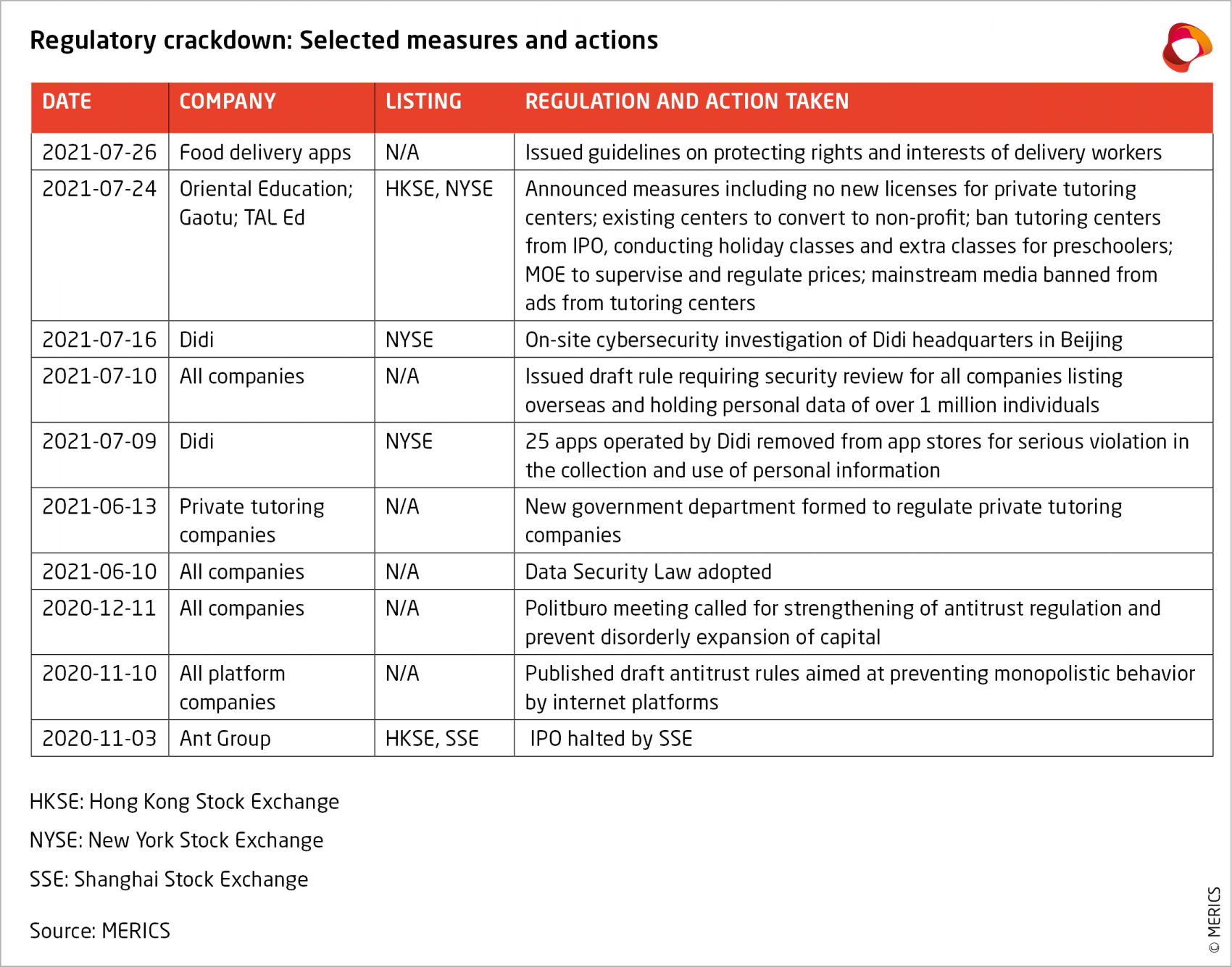 You are reading an excerpt of our latest MERICS China Essentials.

MERICS members also have privileged access to this product. If you want to learn more about our membership model for institutions and businesses, please click here.

If you are a MERICS member, you can access the full publication here.