New US controls on high-tech exports to China could be the beginning of two entirely separate semiconductor ecosystems, say Rebecca Arcesati and Antonia Hmaidi.

The US has launched the most sweeping restrictions on technology flows to China since the Cold War. New export controls are meant to stop companies American and foreign from supplying Chinese entities with high-end chips and the tools, technology and software to design and produce them. The measures take aim at graphic processing units (GPU) and other chips for supercomputing and artificial intelligence (AI). They are meant to cripple China’s ability not only to obtain modern semiconductors, but also the machines and talent to make its own. As US National Security Advisor Jake Sullivan said, Washington now aims to “maintain as large of a lead as possible” in foundational technologies like AI. The ramifications will be profound.

The move marks a sea change in US-China technology competition. Until now, Washington restricted specific technologies with clear military end-uses. The new controls seem to mark a departure from the so-called “small yard, high fence” doctrine. Now, the goal is to slow China down by weaponizing the key chokepoints of AI chips, electronic design automation software, manufacturing equipment and its components. Washington is betting the short-term cost of lost sales will be dwarfed by long-term damage to China’s innovation capacity. This follows the passage of the US CHIPS and Science Act, which provides incentives for the semiconductor industry to re-shore their supply chains back onto US soil.

The policy shift was driven by evidence that chip sales to Chinese companies have been aiding China’s military development – including its nuclear and hypersonic weapons programs – and surveillance initiatives. It was a response to Beijing’s strategy of military-civil fusion, which seeks to convert commercial AI into military applications. Washington appears intent on freezing Chinese semiconductor development at current levels and constraining the country’s AI progress, affecting commercial end-users and applications if necessary. Via the so-called Unverified List, Commerce now can also automatically blacklist Chinese companies whose military or police ties are suspected, in the event of non-compliance with inspections.

Uncertainty for companies in Europe and East Asia

Given the complexity of value chains, the US’s unilateral move will also cause some disruptions for European and East Asian chip companies. If they want to sell certain advanced computing items made with US technology to Chinese entities, they will now have to apply for a license in accordance with US Foreign Direct Product (FDP) rules. They will also need a license to sell technology subject to US controls to 28 Chinese companies on the Department of Commerce’s existing Entity List, the focus of US trade restrictions since 2019.

While the exact implementation of some of the provisions remains unclear, European companies will face the choice between bowing to the new US approach or attempting to work around, for example by firewalling their China and US businesses. For one, Siemens’ electronic design automation (EDA) business, which is based in the US, seems likely to be affected. The Dutch company ASML, the global leader in semiconductor photolithography equipment, in 2021 earned 15% of its revenues in China. The company has now barred its US employees from working on projects destined for China.

However, it is important to assess the full impact of the US’s new rules carefully. Although Washington has been trying to pressure the Hague to withhold export licenses for ASML for some time, even for their non-state of the art line, the company said it expects limited impact from the new controls, given that its machines contain little US technology.

Europe’s temptation to sell to the East and West

By leveraging its long-arm jurisdiction and its dominant position in semiconductor technology, Washington is aware it is alienating allies and partners in Europe and Asia. It tried to coordinate semiconductor-sector controls with Brussels, The Hague, Tokyo, Taipei, and Seoul by various means. After failing to get these capitals on board, US President Joe Biden opted for a unilateral push. But unless a broad coalition agrees to align with these new strictures, the US could hurt its semiconductor industry in the long term. It can only enforce its FDP rules with the help of allied governments – and there are European and East Asian alternatives to some US technologies. What if these regions opt for semiconductor business as usual with China?

The new US export controls will deal a heavy blow to China’s chip industry. But over the longer term, they may also bolster China’s efforts to build a domestic semiconductor supply chain. While it would initially be unable to compete with global industry leaders, Beijing has in the past shown it is willing to pay a high price for the strategic goal of technological self-sufficiency – and its interest in European high-end chip technology would also likely grow. Given China’s importance for many non-US chip companies, the world even could end up being split into two separate semiconductor ecosystems. Europe might be tempted to be part of both, although success would depend on how the US now implements its new rules. 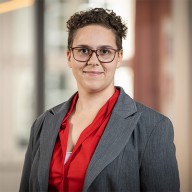 Global views on China, with Helena Legarda and Jacob Gunter

The next Hong Kong: Beijing’s vision for Taiwan

Beyond blocs: global views on China and US-China relations