Mild wording but harsh timing: Latvia and Estonia’s exit from the “16+1”

Unlikely to cause the same level of Beijing’s hostility due to a milder tone, the coordinated Estonian and Latvian decision to halt participation in the China-CEE cooperation platform still sends a strong message to China due to its Taiwan-related timing.

The Latvian “decision to cease participation” and the Estonian choice to “no longer participate” in Cooperation between China and Central and Eastern European Countries (formerly known as the “16+1”) were publicized almost simultaneously – a little after 4 PM local time on August 11, 2022.

The statements of the northernmost members of the grouping are technically not a withdrawal, since no binding agreements were keeping the nations in the format in the first place. Still, they do have implications for China’s standing in the region and need to be examined closer.

Was the decision unexpected? On the one hand, no – speculation about more countries following the Lithuanian example of leaving the format last year has been widespread. In fact, unhappily tied in a dwindling format that was increasingly bringing more security and PR risks than tangible benefits, Latvian and Estonian foreign policy communities were pondering the right way to distance themselves from the “16+1” even before their neighbor’s exit.

Admittedly, Lithuania’s “no-China policy” was rooted in domestic developments, including a values-based anti-authoritarian foreign policy of Minister Gabrielius Landsbergis, as well as public outcry following China’s diplomatic oversteps in Vilnius. Therefore, it had two specific characteristics the other members of the grouping, including Lithuania’s Baltic neighbors Latvia and Estonia, did not necessarily share: first, it was paired with strong rhetoric, e.g., the critique of China’s regime and the format itself, calling the cooperation platform “divisive”; and second, it was followed by deepening exchanges with East Asian democracies, including Taiwan.

Still, even if other members of the “16+1” format did not want to follow the form of Lithuania’s decision, they did share the spirit, therefore it was rather the question of when and how, not if, for Latvia and Estonia. More to the point, the withdrawal was gradual, with decreased participation and representation levels in the format. The Estonian “farewell” press release underscores this: “Estonia has not attended any of the meetings of the format after the summit last February.”

On the other hand, sources do point towards several China-CEE sectoral events underway with outstanding recent invitations to the Latvian counterparts, perhaps indicating China’s calculation that the Latvian disassociation from the grouping would not come publicly, or at least was not imminent. The calculation was perhaps based on the internal tension between the Latvian foreign affairs establishment and the transit sector, backed by the Ministry of Transportation, that still believes in some level of business lifeline from China.

The same day the halt of Latvian participation was announced, the Transport Ministry State Secretary Ilonda Stepanova met with the Chinese Ambassador to Latvia, Liang Jianquan, assuring him that “Latvian logistics companies are ready to cooperate with China and offer effective transport connections between Asia and Europe. The Latvian transport and logistics sector can offer effective, economical and safe transport services and logistical solutions for shipping large bulk, liquid, chemical, agricultural, general and container cargo.” The business-as-usual expectation of the industry has not changed since 2012, but ten years since the format was launched, it rings more and more unrealistic.

The fact that the Estonian and Latvian decision was made public now, during China’s military intimidation drills around Taiwan, and at a low point of US-China relations, certainly sends a message. Even though the press releases fall back on EU unity, the US factor is right there between the lines.

Still, although unarguably a demonstration of the strong Transatlantic orientation of the Baltic countries, the nuances matter here. The two countries’ exit should not be simplified into expressing loyalty “so that down the road, if they’re vulnerable, that [the US and its Western allies] will remember that and make sure to reward them with a strong defense,” as noted by one expert and immediately quoted in Chinese media as well. The Baltic defense was upgraded in February as an immediate and direct result of Russian attack on Ukraine,  long before the decision to leave the “16+1” was made. In fact, the Baltic distaste for being part of China’s initiatives is much more personal: it runs on the fuel of China’s rhetorical support for Russia amid its invasion of Ukraine.

What will come out of the coordinated Baltic exit? It is unlikely that the Estonian and Latvian decision will cause the same level of Beijing’s hostility as the Lithuanian one did a year ago. The careful wording of the statements (“Estonia will continue to work towards constructive and pragmatic relations with China,” and “Latvia will continue to strive for constructive and pragmatic relations with China”) is not calling for a full-on halt of relations with China, but rather indicating that the two countries prefer the EU-China platform, which provides more clout to the values and rules-based international order message.

Whether the second phase of the Lithuanian approach – a rapprochement with Taiwan – will follow in Latvia and Estonia, is too early to predict yet. If the two countries indeed explore ties with Taiwan, it can be expected that just like with the “16+1”, they will do in a significantly more low-key manner than Lithuania has.

The empty seats left by the Baltic states alone are not enough to spell the demise of the format as such, even if the exodus of the members continues, and the Czech Republic might be the next one to leave. China’s cooperation platform with CEEs will continue to simmer for as long as China decides to keep it on life support, falling back on what in essence is bilateral cooperation with more active and engaged members of the format.

This article was first published by China Observers in Central and Eastern Europe (CHOICE) on August 12, 2022. 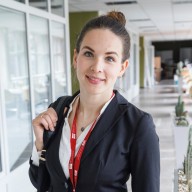