Legal reforms are meant to enhance oversight and decision making, says Valarie Tan. But they also give the CCP another framework with which to discipline officials who deviate from its line.

One of the Chinese Communist Party (CCP) mantras is that codifying its leadership in laws that govern state organs and regional administrations is an “inevitable requirement” (必然要求) so that China can be “governed effectively” “(有效治理国家). In this spirit, the country’s lawmakers used the National People’s Congress (NPC) in March to revise China’s Local Government and People’s Congresses Organic Law. The doctrine of CCP supreme leadership was added to the rules and principles for how regional administrations are organized and function.

From the provincial Party secretary to the district chairman, all officials must now “adhere to the leadership of the CCP,” as one article of the revised law proclaims. Outsiders might argue that such a change is cosmetic, after all, the CCP already has uncontested power over China and is not afraid to wield it to punish people who don’t toe the line. But for leading party cadres and local government officials, the change has huge implications. Arguably, the CCP’s de facto power over local administrations is now de jure, putting them at risk of new disciplinary sanctions.

True, the changes are meant to enhance party oversight and improve decision making. Ten new seats have been added to the CCP Standing Committee of each provincial and municipal People’s Congress. After years of spiraling local government debt, review and supervision of these parts of public budgets is now legally the responsibility of local Standing Committees, the highest political body in each local administrations, and local People’s Congresses. This is timely recognition of the risks caused by reckless local and regional policy decisions in past years.

These administrations have been funding risky white elephants with hidden off-balance sheet loans running into the trillions of yuan. Many of these projects are now expected to default in grand style, threatening the state-dominated banking sector. But stepping up oversight now will not necessarily lead to a change in behavior. Not when regional administrators are already confronted with some hard decisions.

First, local economies are struggling to recover after two years of battling the pandemic. Second, bills in the billions have piled up from procuring medical supplies, test kits and protective gear to curb Covid outbreaks. Third, public coffers are depleting as the real-estate slump hits land sales and deprives local governments of at least a quarter of their revenue. To ease the shortfall, the central government has committed 9.8 trillion yuan in fund transfers to regional administrations. But cash-strapped, some local governments are already taking matters into their own hands. More than 60 municipalities eased restrictions on real estate purchases in the first quarter of the year, deviating from Beijing’s orders on authorities to curb speculative property buying.

Moves that cement the party’s leadership

But the CCP has seized the opportunity to remind regional governments and cadres who’s boss by cementing its ideological and political authority throughout the Chinese state. Local government officials are now constitutionally obliged to adhere to Communist Party principles such as Marxism-Leninism and the newer “Xi Jinping Thought.” Last year, similar provisions were added to the Organic Law governing the National People’s Congress, China’s national legislature and highest organ of state power. The Organic Law of the State Council, the country’s national administrator, is next in line for revision.

These statutes were last given substantial updates back in the 1980s. To bring them up to date again, Chinese scholars and lawmakers have called for modernization to improve governance in what Xi has dubbed the “new era” of China’s development. But the so-called modernization is actually the party installing itself in national institutions to solidify its rule over state organs. The result is a consolidation of the party’s unequivocal authority over nearly all levels of government in China.

The political constraints imply zero tolerance for other opinions that deviate from the party line, even if those opinions are based on, for instance, economics or science. In such an ideologically charged environment, detractors of party directives can be deemed traitors to the system. That is why professors who called on China not to support Russia’s invasion of Ukraine were silenced, and doctors and economists who criticized and questioned China’s “zero-Covid” policy have been censored. For cadres and local officials, it is a stark order to execute all Party directives with no questions asked. 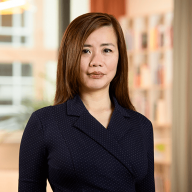