European schools should step up their efforts to teach students the Chinese-language skills required in a changing global landscape. Governments should follow the British example of acknowledging the strategic importance of learning Mandarin – and provide the political support and funding necessary to close this gap.

China’s rise to a global player is the subject of much public debate, but it is so far not reflected in school curriculums in Germany and other European countries. If today’s students are to succeed in tomorrow’s increasingly “Chinese” global environment, their educators need to start preparing them now. China deserves to occupy a larger place in history and social studies classes. But most importantly, Chinese-language teaching has to attain the status it deserves.

Many European companies today have problems hiring professionals with adequate Chinese language proficiency. And there is a critical shortage of skilled Chinese interpreters who are native speakers of English, German or other European languages. To close this gap, European countries would have to produce enough graduates with command of oral and written Chinese equivalent to at least skill level C1 of the Common European Framework of Reference for Languages. Yet, in Germany at least, this operational proficiency is not even reached by the average holder of a master’s degree program in Chinese studies.

The objective therefore must be to train a sizeable cohort of students who enter university or vocational college with Chinese language proficiency. The school systems need to start preparing students for this at a much younger age, and the curriculum has to guarantee a seamless transition into more advanced classes in institutions of higher education.

As our newly released MERICS China Monitor reveals, the reality in most major European countries is far removed from reaching this standard. In German schools, Mandarin teaching is better established than it was 20 years ago – most federal states have developed their own curricula, and teacher training has been built up at several universities. Yet the status of the world´s most spoken language in the school curriculum is still that of a “minor” (meaning lesser-taught) language. Chinese is not even among the eight most-taught languages in German schools. With currently 5,000 learners in secondary school (1 in 1,000 secondary school students), it lags far behind Russian (109,000 learners), Turkish (47,000 learners), and even Classical Greek (11,000 learners). Only about 80 of over 33,000 German schools offer Chinese as a full subject.

In Sweden and the Netherlands the percentage of Mandarin learners among secondary school students is slightly higher, yet overall numbers are still low. In Spain, Chinese lessons are offered mainly as an after-school activity in cooperation with Confucius Institutes. France alone stands out among European countries with 38,850 pupils learning Chinese at school in 2016. But that still means that only 7 in 1,000 secondary school students take Chinese as a curriculum subject.

Acknowledging China’s “huge strategic importance to the UK,” the British government has launched a “Mandarin Excellence” initiative. The four-year program is funded by the British Department for Education and aims at making 5,000 British students fluent in Mandarin Chinese by 2020. Criticism of the program centers on a perceived lack of sustainability, because purportedly it does not include training enough teachers to reach its ambitious goal.

This is a problem that other countries will face as well if they try to ramp up Chinese proficiency among teachers and students: Mandarin Chinese is not a subject that lends itself to quick and easy learning success. Mastering Chinese, especially the writing system, requires a considerable amount of time and commitment from teachers and students. Teaching it in schools therefore requires a sound setup for Chinese as a curriculum subject.

All of Europe needs a Mandarin Excellence Strategy to ensure that the overall numbers of Mandarin learners rise and that students get an early start with learning this complex language. Today, too many European companies and institutions rely on English in their communications with Chinese partners. But this ignores the fact that in China, more than in many other countries, the language is the key to understanding the culture.

Given that many European countries struggle with their approach to teaching Mandarin in schools, there is clear potential for closer European coordination – similar to the type of coordination among Chinese-language experts from across Europe that led to the formulation of the European Benchmarks for the Chinese Language.

While education systems vary between – and sometimes even within – European nations, European governments should exchange their views and models on how to provide consistent political support as well as the appropriate funding for training teachers and for developing and producing modern teaching materials. Digital methods are especially promising for teaching and learning Mandarin – for training the ear to the subtle nuances of a tonal language or for helping the brain to memorize Chinese characters.

Close coordination and exchange of information on experiences or best practices – for example on the British program – could help all European countries to close the gap in Chinese language teaching and to train a future generation of skilled Mandarin speakers.

This article summarizes the findings of a MERICS analysis (in German language only) commissioned by the German Federal Ministry of Education and Research, which was released on May 7, 2018. 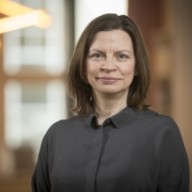