Plamen Tonchev on "greening" the Belt and Road Initiative

Plamen Tonchev is Head of Asia Unit at the Institute of International Economic Relations (IIER), Greece. As a MERICS European China Policy Fellow, he is studying China’s Belt and Road Initiative (BRI) global infrastructure scheme and its impact on climate change. 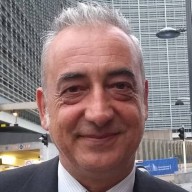 Chinese President Xi Jinping recently pledged China would be carbon neutral by 2060. How big a part does BRI play in his ambition?

Xi’s pronouncement at the 75th session of the United Nations General Assembly cuts both ways. Firstly, he pledged China would scale up its goals under the Paris Agreement, the so-called Intended Nationally Determined Contributions (INDCs), and aim to have CO2 emissions peak before 2030 and achieve carbon neutrality before 2060. The fact that China has set time-bound milestones is deemed a largely positive development. To what extent they will be met remains to be seen – they are a goal, not a given.

What is certain at present is that China’s greenhouse gas emissions will keep rising for at least another decade. This does not sound reassuring to me – it certainly doesn’t seem to demonstrate a sense of urgency about combatting climate change. Secondly, while Chinese authorities state they are trying to address domestic pollution, China’s rust-belt industry has been busy along BRI routes – a number of coal-fired power plants are being built in Asia, Africa and Southeastern Europe. In reality, while aiming to improve at home, China is exporting carbon-intensive economic activities abroad and placing the burden of CO2 emissions on other countries’ shoulders.

Indeed, China has funneled a large chunk of BRI funding into coal projects. But it is also talking about “greening and cleaning” the BRI...

Again, these are pronouncements, words that need to translate into deeds. True, at the second Belt and Road Forum in April 2019 Xi spoke about an “open, green and clean” BRI. It is widely seen that Beijing’s new rhetoric is an acknowledgement of controversies surrounding many China-funded infrastructure projects, including those with a big carbon footprint. China now needs to prove in practice that it is as good as its word. Interestingly, any trend towards financing less carbon-intensive projects might have more to do with Covid-19 than with Beijing’s commitment to “greening and cleaning” BRI. Rising debt and insolvency risk in a number of recipient countries has made China’s policy banks, the China Development Bank and the Export-Import Bank of China, more cautious about lending to the kind of large-scale infrastructure projects that normally contribute to CO2 emissions.

To what extent is “greening the BRI” driven by the search for new renewable-energy markets? And what does this mean for Europe and the US?

Over the past decade, China has seen a boom in renewable energy sources, mostly photovoltaics (PV) and wind. This is a key part of the government’s low-carbon strategy, which is based on considerable state aid in the form of guaranteed electricity prices. For instance, between 2010 and 2017 China’s installed PV capacity soared from 40 GW to 250 GW, twice as much as in the rest of the world. This hit the global market, driving a number of European and American panel producers out of business.

But this breakneck growth in China led to an unsustainable cost of state aid and a high risk of overcapacity. So, two years ago, the government abruptly changed course and slashed subsidies for solar panel producers. This was announced in mid-2018, on May 31, hence the policy’s name, “531”. Chinese solar panel producers are now desperate to clinch contracts abroad – and this is where the BRI comes in handy for Beijing.

In principle, China’s enormous capacity in utilizing renewable energy resources could help the developing world improve its carbon footprint. But this will also depend on funding availability and prudent fiscal policies. This is where the impact of Covid-19 matters again – in its wake, a number of developing countries are scrambling to repay accumulated debts. Apart from “greening” the BRI, Beijing is called upon to demonstrate it can also “clean” it from excessive financial burden. If China wants to prove it is indeed a responsible stakeholder, it now has the perfect opportunity to translate pronouncements into tangible outcomes along the BRI.

This interview first appeared in the October 22, 2020 issue of MERICS' China Briefing.

After the Party Congress, where is the Belt and Road Initiative going?