France, as an Indo-Pacific power, plays a unique role in EU discussions on engagement with the region. Paris’ security-minded approach to the Indo-Pacific region distinguishes it from other European capitals. But, as AUKUS controversy shows, France’s ambitions in the region are being challenged, as its partners prioritize capabilities to respond to China’s growing military prowess over relations with Paris. The resulting Franco-American tensions have implications for all EU member states and some of them are concerned.

In this episode, we talk with Mathieu Duchâtel, Director of the Asia Program at Institut Montaigne, and one of the leading voices in China debates in France.

The conversation covers France’s ambitions in the Indo-Pacific, the dynamics of Franco-Chinese interactions in the region, the AUKUS debacle and China topics in light of the upcoming French EU presidency.

This episode is the third and final in a three-part series on the EU, China and the Indo-Pacific. Listen to the first episode with Gunnar Wiegand, the Managing Director for Asia and the Pacific at the European External Action Service and to our interview with MERICS Senior Analyst Helena Legarda. 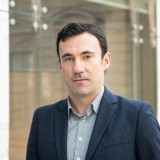 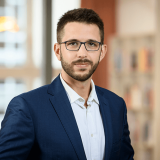