The aim of China's social credit system, as Rogier Creemers of Leiden University sees it, is "to ensure that people who behave in a sincere and trustworthy way in society are incentivized to do so." In this interview, the postdoctoral scholar in the Law and Governance of China describes the current state of the social credit system and its intended uses for government oversight and moral education. 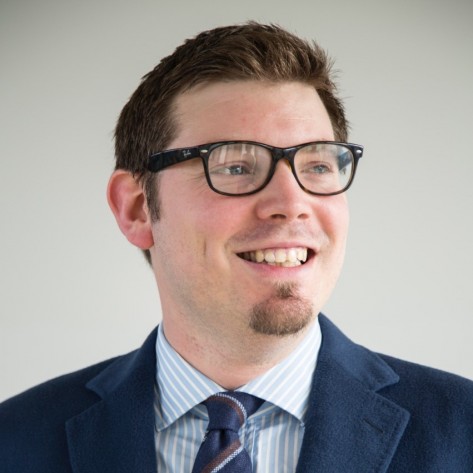 Young China Watchers (YCW): What are some common misnomers about how China’s social credit system works?

Rogier Creemers (RC): There are several areas of sloppiness generally in reporting on the social credit system. Firstly, conflating Ant Financial’s Sesame Credit system with that of the government’s social credit system. The Sesame Credit system is a combination of a loyalty scheme and user-rating system on a private-trading platform. No one is mandated to have a Sesame Credit account and the Sesame Credit system is actually not punitive. Whilst it does generate a score and having a higher score does entitle you to some rewards, there is not necessarily a mechanism of punishment there that institutes sanctions for people with lower scores. The only thing they don’t get is access to the higher-tiered rewards in the same way that if I don’t have a Gold card with my airline, I can’t get into the airport lounge.

Then there is the whole idea of scoring, which is a key part of the Sesame Credit system. As far as I’ve been able to ascertain, at the national level there is no scoring dynamic. The elements of the social credit system at the moment that are working are in essence, binary mechanisms. There are by now numerous blacklists, for quite a few major policy areas, the most important of which is the Supreme People’s Court blacklist for people who don’t comply with legal judgments and fines against them. So either you are on a blacklist or you are not.

RC: The fact is that this system has been designed to solve actual problems confronting many individual Chinese people. The beginnings of the system originate at a time when the government is starting to pay increasing attention to problems of legal compliance that originated when China made its transition from a controlled economy to a market economy. It was found that the existing legal system did not have the wherewithal to provide a sufficient deterrent against these issues.

So the social credit system is in many ways a sort of moralistic, paternalistic system that essentially acts as an amplifier on existing laws and regulations to ensure that people who behave in a sincere and trustworthy way in society are incentivized to do so and people who do not are disincentivised from doing so.

YCW: In your paper, “China’s Social Credit System: An Evolving Practice of Control”, you argued that the concept of a social credit system in China aligns well with Chinese historical concepts of law and governance. Can you elaborate on this?

RC: The most important element is that morality is an essential part of governance. The idea that government has a key role to play in the moral education in a rather paternalistic sense of the Chinese individual has been part and parcel of Chinese politics for the last two millennia or so.

YCW: How would you describe the relationship between China’s state-backed social credit initiatives and those of private companies, such as Sesame Credit?

RC: This operates on a couple of levels. On one level, to what extent is there collaboration? To what extent is there data-sharing? The extent to which Ant Financial shares data with the government is really an empirical question that you cannot satisfactorily answer without having your own intelligence service, or without very significant disclosure from Ant Financial, which so far we don’t have.

If it is assumed that wholesale data-sharing is taking place, one question which I always would have from a skeptical point of view is: to what end? Governments everywhere around the world, even in China, need to be strategic about the use of scarce resources. And maybe tracking everything on mass raw data about what everyone is doing all the time might turn out to not be very useful.

What we do know however is that there’s a lot of data that does go in the other direction. We know that if you’re on a number of blacklists, for example the Supreme People’s Court blacklist, you can’t engage in luxury consumption. The rationale behind that is, if you default on a judgment, particularly a financial judgment— how could you pay for expensive plane tickets or hotels? A similar agreement between government and private companies exists for Alibaba’s platform and for DiDi’s recruitment of DiDi drivers.

YCW: Is there a role to play for social credit systems in regulating the Chinese Communist Party’s (CCP) state bureaucracy and their public service?

RC: The Chinese government’s answer to that question is absolutely. If you look at the first section of the key 2014 document, “Planning Outline for the Construction of a Social Credit System 2014-2020”, it’s about using social credit mechanisms to provide oversight on government. I do think this is part of a bigger trend where we’re seeing the birth of a strategic nexus between the central government and China’s large technology companies. One big part of what they’re trying to do is bring in more effective means for local government oversight.

The central leadership seems to believe that technology will allow it to overcome the old problems of “the mountains being high and the emperor being far away” that have plagued Chinese administrations for 2,000 years. So I think the use of social credit systems for government oversight is something we’re very much going to see.

YCW: Your research area is relatively new in academia. As China continues to make advances in technology and governance, what kind of new research disciplines will be needed in China studies/Sinology? And what advice do you have for students or young professionals seeking to focus on those disciplines?

RC: There are a couple of Sinological skills that I think are essential in trying to figure out what the Chinese government is doing. One of them is the simple art of reading documents. We’ve come to a point where China studies has been incredibly social-scientised; it’s become about quantitative data, fieldwork, and so on. I believe it needs to be complemented by reading documents. Very often we don’t want to believe what documents say because we believe they are mere propaganda or they’re never candid, but I simply don’t think that’s true.

The CCP is an organization of nearly 90 million people. The way that the Party communicates to its own membership tell us enormously important things about what they’re on about. You also need to spend the time and effort to conduct a full post-mortem on the document. Where does it come from? Who’s written it? Where does terminology come from? Where did it originate? When was it picked up at senior levels? Has it morphed? It’s perhaps not a very sexy way of China-watching, but I do believe it’s essential. One example of a very interesting young scholar doing this is Samantha Hoffman, who looks at the social credit system as part of a bid to automate social management, building on a diligent study of decades of government documents, reports and studies.

Together with that there is great work to be done in some of the most innovative computer-based forms of research. For example, Shazeda Ahmed, who is doing a doctorate on social credit at Berkeley, has been using very innovative digital methods to get more interesting information on the functioning of the social credit system.

Why Europe struggles with US export controls on China (The Diplomat)