EU-China Opinion Pool: What should the EU's anti-coercion instrument look like?

The dispute between China and Lithuania and Beijing’s unofficial economic sanctions have put the question of economic coercion high on the EU’s agenda. While the bloc has launched a case against China at the World Trade Organization (WTO), many observers are calling for the EU to speed up the adoption of a new anti-coercion instrument (ACI). The European Commission tabled a proposal last year, but the unofficial nature of Beijing’s sanctions against Lithuania make developing an effective deterrence policy a challenge. As the European Institutions work out the details of the new instrument, it is time to consider how it should best be conceived.

In this round of MERICS’ EU-China opinion pool, we have asked a number of experts:

What should the EU's anti-coercion instrument look like to be a successful deterrent against China's economic coercion? 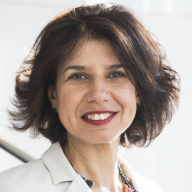 For an EU anti-coercion instrument to work and be effective against economic coercion from China or any other country, it needs to be strong and swift. A strong instrument should increase the EU’s negotiating leverage with third countries and effectively function as deterrent. Swift application is important to limit the negative impact of the coercive action in the EU’s economic interests and increase the pressure on the third country to lift its measure. Our key objective should be to convince the third country to lift its coercive action before EU countermeasures are adopted. Therefore, the instrument should be clear, fully in line with the EU’s international obligations and privilege negotiation track as the best way to address the problem. As for EU countermeasures, it’s important to have a broad set of options to develop the most appropriate response to any given coercion. However, questions remain on how some of these measures will be implemented in practice, given that they and their potential impact on the EU’s economic interests have never been tested.

In an increasingly challenging geopolitical environment, it is important for the EU to be equipped with the necessary instruments to rightfully protect its interests, while continuing to support multilateralism and open and rules-based trade. The European Commission’s proposal for an anti-coercion instrument provides a good basis in this regard. It proposes a deterrent and a last-resort response in a process that promotes solutions through dialogue and cooperation with like-minded partners. 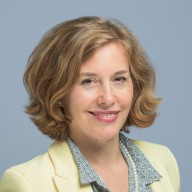 The European Commission’s proposal for a new anti-coercion instrument (ACI, presented on December 9, 2021) could not have been more timely. Gas imports from Russia could be weaponized in a Russian response to European sanctions over the invasion of Ukraine. In addition, China is boycotting imports from Lithuania and even Lithuanian components used in German exports directed towards China. So, the need for such an instrument seems clear.

The next question is whether the current design is appropriate, namely not too much and not too little. Too much would make it an instrument that creates distortions in trade which may be more costly than the specific coercion-through-trade problem we want to address. Too little would mean that the desired effect – to prevent coercion altogether – is not achieved.

As we stand, it seems to me that the latter risk is greater. The European Commission’s long-standing support for the multilateral trading system is the starting point for ACI. In other words, due account has been taken in the Commission’s proposal so that ACI is WTO-compatible and seen as a complement to the WTO’s dispute-settlement system. Instead, the risk of enacting an ineffective instrument is higher, for the simple reason that the ACI is designed as a tool of last resort. As such, it can easily be put to use too late and, thus, not act as deterrent. Given the lightning speed at which the EU’s external environment is worsening and the urgent need to have the ACI available as an option, it is very important to accelerate passage through the EU Parliament and the Council – hoping that the tool remains intact. That, in itself, is of course not guaranteed. 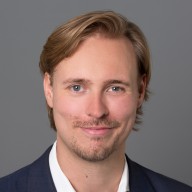 The EU’s anti-coercion instrument needs a powerful decision-making procedure, effective and credible countermeasures and a broader, comprehensive resilience architecture behind it to be a successful deterrent against China’s economic coercion.

First, member states may want more say on which countermeasures to impose, but China will use economic coercion in divisive ways. There is a danger that the ACI might not allow for the swift imposition of tough countermeasures if many member states have to approve them first. In this scenario, the ACI would not be an effective deterrent.

Second, the EU may have credibility to impose certain countermeasures like counter-tariffs, but Donald Trump’s policies against China showed that tariffs may not be effective in changing Chinese behavior. More effective could be highly targeted export controls and divestment in areas in which China still wants European investment. But EU action is less credible in these areas because the related competencies are not centralized in Brussels. The ACI has to navigate these trade-offs and therefore needs a range of measures so that the EU can choose the ones that promise the greatest effectiveness and are possible to impose in a given situation.

Third, the ACI is not enough. The EU needs a Resilience Office, a strategic unit that links the policy areas of the different Directorates-General (DGs) at a high level in the Commission. It should strategically analyze the kind of grey-zone area activities that China is known for to better understand how it pressures companies, to better establish evidence, and to identify long-term patterns and costs. A fully reformed EU Blocking Statute, introduced to protect EU companies against extraterritorial sanctions adopted by third countries, could tackle the problem of secondary sanctions, as adopted by China against Lithuania. 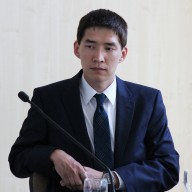 Judging from a specifically Lithuanian perspective, the ACI’s success is primarily associated with its ability to counteract and stop China’s current economic statecraft against the country. Any deterrent effect is perceived as being of secondary importance. However, Lithuania’s experience suggests that to successfully deter, the ACI has to be coupled with other measures that would collectively increase the EU’s broader resilience. They would offer targeted companies strong incentives to disclose instances of coercion followed by effective burden-sharing and compensation schemes.

As for the ACI itself, its natural focus should be China’s coercion in legal grey zone areas, particularly in the form of indirect pressure through supply chains. But success in this complex area requires a creative, bold and largely ad hoc approach. Therefore, the ACI has to be explicit enough to properly inform potential opponents about negative repercussions that will follow in response to coercion. But it also has to retain a certain level of tactical ambiguity to increase the room for action whenever it is needed. As is often the case in relationships with authoritarian actors, the transparency of the EU and other democracies, though commendable in general, can become a serious liability on the practical level. For example, it is so easy for China to target Lithuanian components within supply chains precisely because the EU is so effective in correctly labelling each of them and transparent in providing this data to outside actors.

Two are the elements that can make or break the deterrent effect of the EU's anti-coercion instrument: credibility and resilience.

Deterrence cannot be achieved without credibility. The EU could adopt the most comprehensive and efficient instrument against coercion ever conceived, but it would fail as a deterrent if China and other actors outside the EU believed the EU will never use it. The problem is that the EU has had a credibility issue so far. The general feeling is that the EU is not willing to pay a high economic – or political, for that matter – price to respond to economically coercive behavior. So, the first necessary step would be for the EU to send a clear signal of readiness. Unfortunately, that may entail paying those economic or political costs. Furthermore, credibility is linked to the performance of the bloc overall – not just in the area of economic coercion – and this also suggests a lack of willingness to shoulder high costs of any form, but after Ukraine that may be changing.

Resilience makes economically coercive measures less painful and less effective, potentially disincentivizing their use in the first place. There are two aspects to resilience that need to be stressed more. One is a mechanism to soften the impact of economically coercive measures when they hit a target – and many different options have already been proposed for it. For example, an emergency fund could support the diversification of industries and sectors hit by coercion simply supply liquidity during diplomatic efforts to solve the situation. The second aspect is diversifying strategic sectors, for example, to avoid overdependence. The EU recently released an updated review of Europe’s strategic dependencies, a crucial step on the path to diversification.